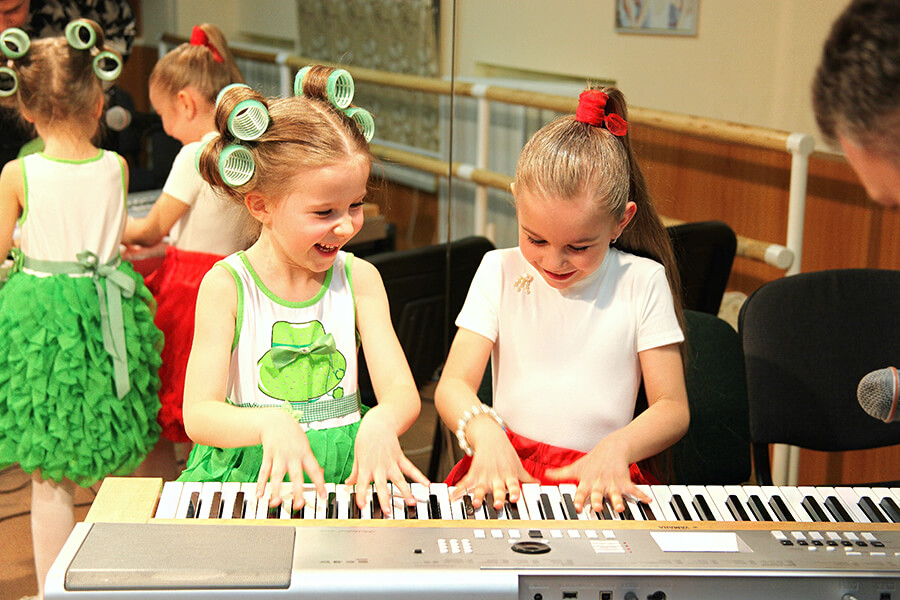 The unique idea of ​​the “Montessori Center” art schools is to implement the system of Maria Montessori’s in the initial aesthetic education, namely in musical, artistic and choreographic schools, as well as in the multi-stage system of competitions for various types of art – musical olympiads, contests and festivals.

In practice, the “Montessori Center” showed the possibility that within the concept of Maria Montessori you can create a multi-stage system of encouragement in the education of the child. Students of such schools have the opportunity to participate and compete in competitions and festivals for all types of arts: from the boundaries of their own school to the All-Ukrainian competition. Within the framework of these competitions, the principles of Maria Montessori are stimulated to stimulate traction for self-education and self-development by means of art.

The effectiveness of teaching to the types of art and aesthetic education through the Montessori system consists in the absence of an assessment, the formation of a favorable environment, as well as in the formation of motivation and stimulation of self-study.

The methodology of the outstanding Italian educator and philosopher, Maria Montessori, is nowadays popular and recognized worldwide. Many qualified instructors are convinced of its effectiveness and successfully apply the work of M. Montessori in working with students, often achieving surprisingly high results. Innovation of the Montessori pedagogical system consists in the individual approach of the teacher to each student. First of all, this is manifested in the fact that the student’s interests and preferences are always of paramount importance in teaching. Maria Montessori believed in the self-worth of the inner world of every pet and tried to develop and motivate his aspirations all the time.

The most important rule for Montessori’s technique is to avoid criticism, coercion and judgment. Maria Montessori herself was convinced that the stiffness of pedagogical methods is harmful to the student. Her well-known postulates suggest that if the child is often encouraged – he learns to be self-confident, and vice versa, if the child is often criticized – he learns to condemn. That’s why Maria Montessori always listened to the needs of her students and gave them the opportunity to partly “dictate their rules” in the educational process. She believed that the student’s pace of learning, his direction and methods of individual development has the right to choose on his own. The teacher, in this case, must understand and support his pupil, as well as contribute in every way to his growth.

In “Montessori Center” music schools, students choose the direction of instruction – academic or contemporary. The repertoire of the pupil-performer can combine classical works and works of contemporary authors, performing on authentic or electronic instruments (synthesizer, electric piano, electric guitar, etc.). The musical classes of these schools are equipped with different types of musical instruments, giving them the opportunity to make their own choices or learn on several musical instruments in parallel without having such an arsenal of opportunities at home.

The uniqueness of the refraction of the method of Maria Montessori in the “Montessori Center” music schools, namely the principle of stimulating traction for self-learning, the development of motivation, can be described by the following scheme of own developments in the following sequence:

And as a result of this methodology – a person who is developing creatively. The final link in “Montessori Center” does not necessarily mean the continuation of vocational education in the field of art, but aims to develop a child’s love for art, an interest in various arts and their own creativity.

In the field of musical education, the skills of stage mastery, concert performances are very important. Our “Concerts on Saturdays” project allows school students to perform a program so often on stage as possible at school age. At these musical evenings, each “Montessori Center” student, regardless of age and level of preparation, can speak to the public and demonstrate its achievements. The chamber of the school helps the soloists feel confident and comfortable at home, and the welcoming audience at the concert will calm down and inspire even if the student is afraid of the scene.

The main task of the Montessori technique is to stimulate cravings for self-education and self-development. A teacher should not interfere and impose himself, he must help the student independently manifest his individual abilities and talents.

“Montessori Center” is an example of the development and use of the European methodology in Ukrainian extra-curricular education and the dissemination of examples of the application of the principles of Maria Montessori in practice in the aesthetic education and upbringing of children of Ukraine.