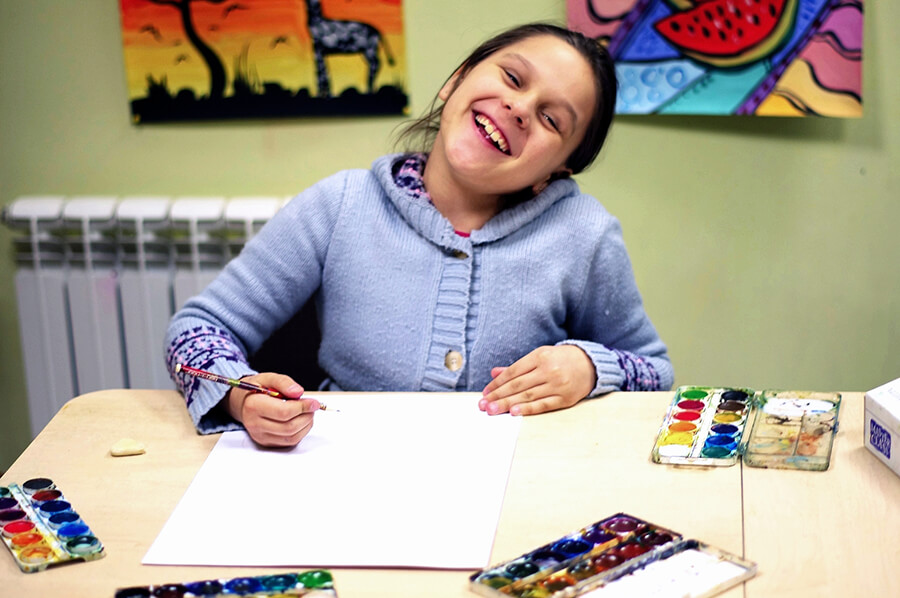 Today there are several thousand Montessori schools in the world, and since 1929 the International Montessori Association has been active. Despite the spread of the technique of Maria Montessori in general aesthetic education, the use of its principles in music education and art schools in Ukraine is still insufficient.

Many Montessori schools complement the environment surrounding the child with such areas as music, visual arts and dance, woodwork, and a foreign language that further enrich the overall development of the child.

Along with the activities of music and choreographic schools according to the Montessori method, there are also art classes. Education in such art classes “Montessori Center” is conducted in many visual techniques and areas; All studios are equipped with media technologies, and animation studios with powerful technology.

The main engine of child motivation, a tool to stimulate work on their own work of art in the Montessori Center is its own online gallery of children’s drawings, which was formed on Google’s Google Open Gallery software. The uniqueness of the Google Open Gallery lies in the fact that it, in particular, reflects art objects in high quality, which allows us to consider even the smallest details of the works. Projects from more than 20 countries of the world were presented on this platform. Only a small number of organizations from five continents received a pilot version of the project. Of these, only the International Art School “Montessori Center” in 2014 presented the direction of children’s creativity on the world stage.

The “chain of motivation” of teaching fine arts at the Montessori Center consists of the following activities:

In the framework of these competitions, the principles of Maria Montessori to stimulate self-study and self-development by means of art were implemented.

As a result of collective work, students of the animation studio released several discs with more than 20 cartoons of their own production and uploaded to their own YouTube channel. Pupils create the sets themselves, work on the plot of the cartoon, distribute and voice the roles – and all this happens exclusively in teamwork: the older ones teach the younger ones, there is interaction between the plot authors and animators. After all, according to the Ukrainian scientist V. Shulgina, according to the Montessori method, “it is first important to create a certain environment that would promote the child’s self-development, including the artistic one.”

A very important component of the work of the Montessori Center is working with parents. The Montessori program places the child at the center of its work, and therefore the family as its habitat turns out to be an important component of this work. Sometimes parents are involved in the work of children: family art lessons are held very effectively, it is these classes that motivate, unite with a common goal, liberate and teach to trust each other.*