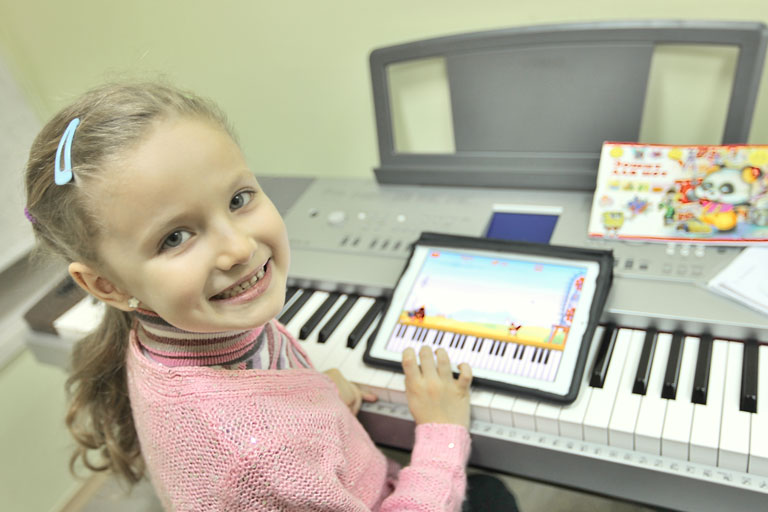 Did you know that a child lays the foundation of clear consciousness and innovative thinking not through a brand new smartphone, but near an old piano?.. Extracting music from his favorite instrument, he not only awakens the “sleeping” parts of our brain, but also develops personality from all sides – spiritually, emotionally, intellectually.

In our country, musical development is somewhat amateurish in nature. Despite the huge number of different schools and courses, the study of piano is most often perceived as entertainment, an outlet, a pleasant hobby. But, for example, in Japan – in the most technologically advanced country in the world – music is studied very deeply and already in elementary school is one of the main subjects.

WHY CHOOSE THE PIANO

Piano is the only orchestra instrument in the world. It has a unique tonal range that covers the full range of sounds of all orchestral instruments – from very low to highest sound vibrations. The piano is rightly considered difficult enough to learn, as it involves both hands at once, forcing them to simultaneously perform different actions. As a rule, only one arm works well in a person and, accordingly, one cerebral hemisphere is actively developing. A pianist who “makes” a weaker hand work along with a strong one stimulates the activity of the less developed hemisphere. As a result, neural signals are distributed evenly and the brain works more harmoniously, holistically, synchronously. Perhaps this is why among musicians (especially among pianists!) It is easiest to find people who can perform several different tasks at the same time. Recall the good old Albert Einstein … The creator of the theory of relativity played not only the violin, but also perfectly controlled the piano. Together with his mother and sister, he enthusiastically played four hands, regularly composed variations and improvised. In 1915, Einstein wrote a letter to his 11-year-old son, in which he urged him to “play the piano as much as possible, even if the teacher does not schedule classes …”

MUSIC AND INTELLIGENCE – TWO SIDES OF ONE MEDAL

Work with the piano requires a high level of concentration, full focus on the game. Perhaps that is why recently many world-famous companies began to “hunt” for employees with a musical education. Surely this is also connected with the results of numerous scientific studies, which clearly show that in the process of teaching the subtleties of music, the foundation of non-standard thinking is laid. While working on musical material, various parts of the brain are stimulated, which have to give the body quite complex commands, for example:

The Amsterdam Free University conducted a fairly lengthy study of the impact of music on cognitive skills. It was attended by 147 children from various Dutch schools. Music classes were added to their main school curriculum. After 2.5 years, scientists conducted a detailed analysis of the results of such training. They found that children who regularly practiced music began to learn much better than their peers. They became more organized, better remember and reproduce information. Another study was conducted at McGill University of Montreal. Scientists tested children who attended piano lessons for more than 3 years, and found that they excel at solving physical and mathematical problems and more successfully pass cognitive development tests. The famous Canadian composer and professor of psychology Glenn Schellenberg during the year tested 4 groups of first-graders. In the first, children learned to play the piano, in the second – learned to sing, in the third – attended acting classes, in the fourth – did not have any creative activities. At the end of the year, IQ was measured in each group, and it turned out that the lowest indicator was in the group that was not engaged in creativity, and the highest among those studying music and vocals.

There is information that the study of foreign languages ​​is much easier for musical children. And this is logical, because music develops 2 qualities important for polyglots – memory and hearing. The brain areas that are responsible for speech and music processing are very close. Anyone who managed to understand the complex intricacies of notes can easily cope with any vocabulary. And if your child at his tender age reproduces a tune by ear and distinguishes tones from half tones, then he will easily catch any sounds and intonations of foreign speech.

If you still have at least one reason not to take your child to a piano lesson, please share it. If not, make room for the instrument and sign up for a test lesson!